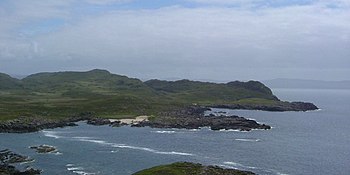 Corrachadh Mòr is the furthermost point of the Ardnamurchan peninsula of Argyllshire, and consequently it is the most westerly point of mainland Great Britain. It is about half a degree further west than Land's End in Cornwall.

The name Corrachadh Mòr means 'great, tapering field' in Gaelic, and refers both to the headland and to the small hillock on the headland.

Depending on which coordinates are used, this headland is 102 feet or 141 feet west of Ardnamurchan Point (which is half a mile to the north). The latter is commonly described as the most westerly point, which is not technically correct. 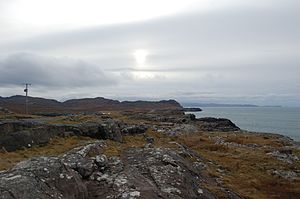