Coolock is a village of County Dublin swallowed into Dublin's becoming suburban area, centred on the original village, on the city's Northside.

The name of the place is An Chúlóg, meaning 'The Little Corner'.

The Santry River prominently flows through Coolock in the middle of the district, with a linear park and ponds.

The village is at the heart of the Barony of Coolock, which accounts for most of north Dublin city, from the coast in as far as Phoenix Park, and stretching north as far as Swords.

A Bronze-Age burial site has been found here, dating back to 1500 BC. The settlement grew up around a small early-Christian church. A Roman Catholic church, St John's, was later built in the area. The feudal barony of Coolock was granted in 1199 by Henry II to the Archbishop of Dublin.

Coolock remained a small village until the 1950s, with lands around the village being further developed over time, notably Bonnybrook and Kilmore West, between which a new centre to the area formed. At one time the old village was on the Malahide Road but that road was diverted and now passes slightly to the east of the village; in the meantime, a secondary hamlet, Newtown Coolock, developed further north.

Coolock lies either side of the valley of the Santry River and includes a diversion from the little Naniken River. It is a relatively flat area a little above sea level, with a linear park around the Santry, and small green areas scattered through residential developments. 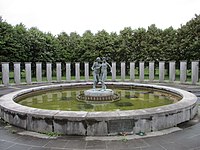 Public parks in the area include the Santry River Linear Park and in Bonnybrook the Stardust Memorial Garden which is dedicated to the 48 people who lost their lives in the Stardust nightclub.

Parnells GAA club is based in Coolock village.

Famous historical figures linked to the area included Henry Grattan of Belcamp Park, and the novelist Charles Lever. In current times Aoife Dooley is from there.

The Coolock area was featured extensively during location shooting for the 1991 film The Commitments, directed by Alan Parker and starring a mainly unknown cast at the time.[1]