Difference between revisions of "Lower Ward" 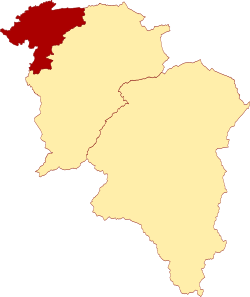 The Lower Ward of Lanarkshire

The Lower Ward is one of the wards of Lanarkshire, forming the north-western part of the county. It is bounded to north by the Dunbartonshire and Stirlingshire; to the south-east by the Middle Ward; and to the south-west by Renfrewshire. It is the most urban of the wards, containing Glasgow city centre and many suburbs. It had a population of 433,617 in 2011.

The ward comprises the ancient parishes of: