Difference between revisions of "Christchurch, Monmouthshire" 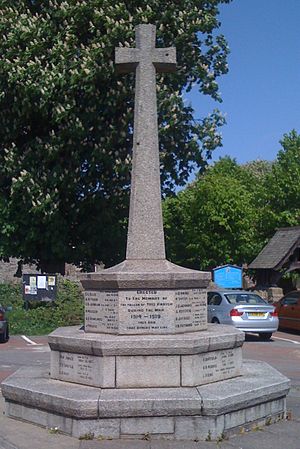 Christchurch is an ancient parish and suburb of the city of Newport in Monmouthshire. The church sits atop Christchurch Hill affording panoramic views both towards the Bristol Channel in the south and through the Vale of Usk and into the Monmouthshire countryside to the north. The road, which runs along the crest of the hill, runs westwards to Newport and eastwards towards Caerleon and Catsash. The ancient parish covers an extensive area including many eastern suburbs right up to the River Usk in the city centre and has a population of 53,890.[1]