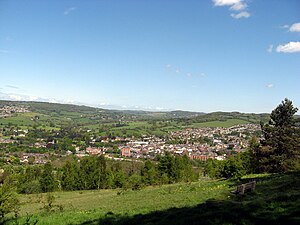 Part of the five valleys from Rodborough hill 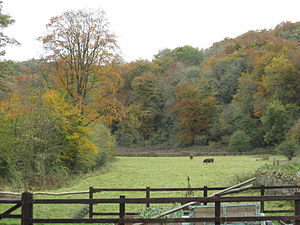 A field at Baker's Mill in the Golden Valley

The Stroud Valleys or the Five Valleys are a group of valleys in Gloucestershire which converge on the town of Stroud at the western edge of the Cotswolds.

The valleys are as follows:

The Five Valleys Walk is a popular circular walk of some 21 miles around Stroud. It has been held annually since 1987, in aid of the Stroud-based Meningitis Trust, usually on the last Sunday in September.

A more exacting version of this walk has also been published, as the "Five Valleys Circuit";[1] this includes an ascent over the high ground of Selsley Common rather than the charity walk's low-level route from Stonehouse to Nailsworth, up the old railway line by the Nailsworth Stream.