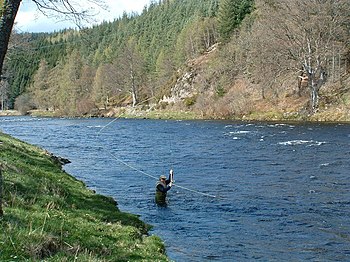 Angling in the Spey

Strathspey (Gaelic: Srath Spè) is the broadening valley of the River Spey, which rises in Inverness-shire before creating its 'strath' in Morayshire and in its lower reaches marking the border with Banffshire, which county thus has an equally share in the most famous parts of Speyside. 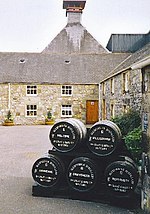 The Glenfiddich Distillery in Dufftown

Speyside is one of the main centres of the Scotch whisky industry, with a high concentration of single malt distilleries in the region, including the Glenfiddich distillery and the Balvenie distillery.