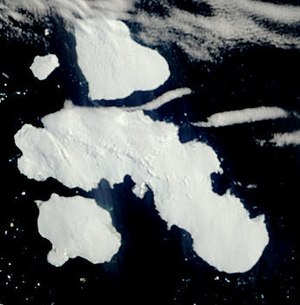 The Joinville Island Group is a small group of ice-clad islands off the northern tip of Graham Land in the British Antarctic Territory. The group is separated from the mainland of Graham Land by the Antarctic Sound.

The Joinville Island group was discovered in 1838 by the French Antarctic Expedition under Captain Jules Dumont d'Urville, whose name was attached to the group's second island. The group was roughly charted by the French expedition of 1838 and Terre Joinville after François Ferdinand Philippe Louis Marie, Prince de Joinville (1818-1900), third son of the Duc d'Orléans.