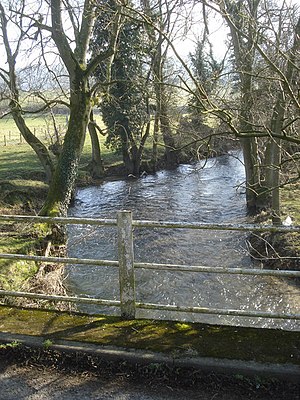 Hindwell Brook is a minor river in Radnorshire and Herefordshire, and a tributary of the River Lugg.

The brook rises in Hundwell Pond, by the remains of a Roman fort. From here it flows generally eastward, through Radnorshire, swallowing the Summergil Brook and other, forming the border of Radnorshire with Herefordshire for a few hundred yards before entering the latter wholeheartedly and coming to Knill. 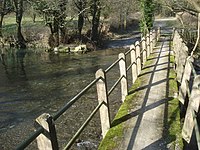 Footbridge over the Hindwell Brook

South of Presteigne the Hindwell Brook forms the county border once again before meeting the River Lugg below Wapley Hill.