Dunipace is a village in Stirlingshire, just over 6 miles south of Stirling and 5 miles northwest of Falkirk. The village is on the north bank of the River Carron and adjoins the town of Denny to the south of the river.

The main road through Dunipace is the A872 road between Denny and Stirling. It is a place of just 2,441 souls as at the 2001 census.

Dunipace is mainly residential, and has a church, a primary school, a few shops (including two hairdressers) and two pubs: ‘’The Red Hoose’’ and ‘’The Songbird’’.

A legend exists that the famous Scottish rebel/patriot William Wallace, lived in Dunipace with his uncle, who was a clergyman at the parish church.

Dunipace Juniors also have an under 19 side playing in the Forth Valley league. This side is known as "PACE" 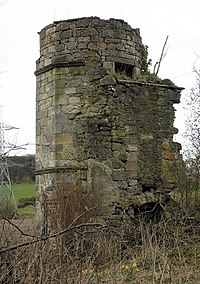