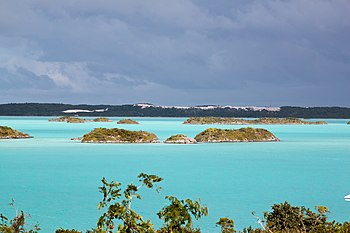 The Caicos Islands are an archipelago of low-lying coral islands and cays in the Caribbean Sea forming a long arc, which with its reefs just below the surface form a complete ring around a shallow lagoon, the Caicos Bank.

The main islands of the Caicos Islands, running in an arc from northwest to east to southeast are: 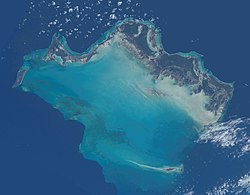 The Caicos islands from space

To the south and southwest of South Caicos are:

The arc continues southeast of West Caicos with a reef exposed at French Cay and West Sand Spit, then running south of the Seal Cays and north toward South Caicos.