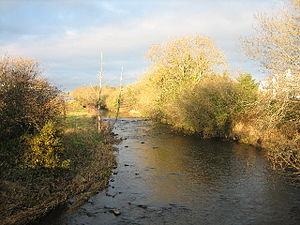 The banks of the Ballynahinch River in the early days (18th century) were dotted with little bleach greens, but as bleaching became more centralised in the Lagan-Bann region, the small greens went out of existence. The first water-powered scutch mills were introduced about 1750, the second in Down being at Rademon.[2]