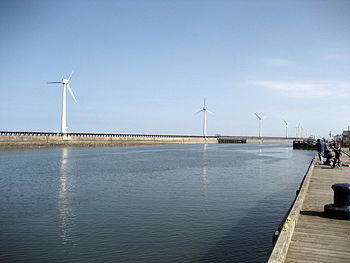 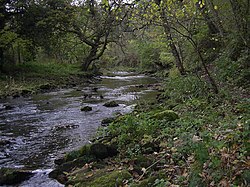 The young Blyth near Bedlington

The River Blyth runs its whole course in Northumberland rising in the modest hills around Kirkheaton and flowing eastwards through the south of the county to reach the North Sea at Blyth, where its mouth forms the town's harbour.

From Kirkheaton the river heads determinedly eastwards, passing north of Belsay Castle, meeting no villages on its way, before turning south after absorbing the Ogle Burn by Ogle and broadening with many tributary becks, and crossing under the A1 south of Stannington, forming Stannington Vale. From here it is a short way to the sea. It flows through Plessey Woods Country Park, then on south of Bedlington, where the river becomes tidal, to Blyth and the industrial harbour fomed of its rivermouth.