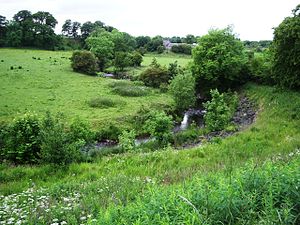 The North Calder Water is a river in northern Lanarkshire; a tributary of the River Clyde.

The source of the North Calder is the Black Loch on the veruy border of Lanarkshire with Stirlingshire, whence it flows for 12 miles to the Clyde, entering it at Daldowie, south-east of Glasgow. On its course the river gives a name to Caldercruix and Calderbank.

The North Calder is one of several British rivers named "Calder", including another Lanarkshire river, the South Calder.