East Garston is a village in Berkshire on the River Lambourn, about 5½ miles north of Hungerford. The river flows through the village, dividing many houses from the main road, so that each has a bridge over the river to the front door. 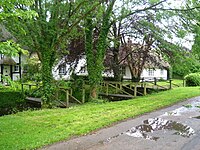 Bridges over the River Lambourn 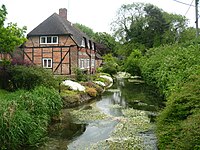 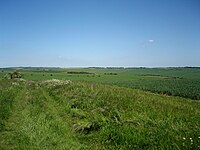 One of the most notable expansions with village life has been the recent growth of East Garston Cricket Club. Established by Roy Hunt, a former cricket enthusiast, to challenge the local Wantage 41 club in an annual game, it was from here that the club grew and expanded into a properly organised team. In the present day, more than 7 years after the clubs inception, the team has had increasing success in friendly fixtures against local opposition. The club has become an increasingly sociable aspect of village life with increased participation from village residents and others from the surrounding area. The club plays about 20 matches a year; some on Thursday evenings, others on Sunday afternoons.

East Garston Bellringers were re-formed in 1998.

The village also has a Village Hall and Social Club.