Difference between revisions of "Surgeons' Hall"

Surgeons' Hall in Edinburgh, Midlothian, is the headquarters of the Royal College of Surgeons of Edinburgh. It also houses the Surgeons' Hall Museum, and the library and archive of the College.

The present Surgeons' Hall was designed by William Henry Playfair and completed in 1832, and is a Category A listed building.[1]

Surgeons' Hall Museum is Britain's the major medical museum, and one of Edinburgh's many tourist attractions. The museum is recognised as a collection of national significance.

The Royal College of Surgeons of Edinburgh was incorporated in 1505, when it received its Seal of Cause or charter as 'The Incorporation of Surgeons and Barbers of Edinburgh'.[2] The Museum at Surgeons Hall, Edinburgh dates from 1699 when the Incorporation announced that they were making a collection of 'natural and artificial curiosities'.[3] and advertised for these in the first edition of a local paper, the Edinburgh Gazette. Daniel Defoe, an early visitor in 1726, wrote in his Tour thro' the whole Island of Great Britain that the 'chamber of rarities' contained many curious things too numerous for him to describe. Much of this early collection was given to the University of Edinburgh in the 1760s.[3]

In the early 19th Century, the Incorporation received a Royal Charter to become the Royal College of Surgeons of Edinburgh. The College taught anatomy and surgery, and trained and examined surgeons. The museum in parallel expanded dramatically. Its collections were much too large to be housed in the original 1697 Surgeons' Hall, and so the surgeons commissioned the leading Edinburgh architect William Playfair to build the present day Surgeons Hall.

At first the entire upper floor of the building was devoted to the museum collections, which were open to the public and attracted large visitor numbers. Throughout the 19th and early 20th century the collection expanded as it became customary for surgeons and pathologists to donate not only specimens which they regarded as interesting or instructive, but surgical instruments and equipment. With the great scientific and technical advances of the time, the museum began to acquire anaesthetic equipment, histology slides, X-rays and photographs.

At the start of the 20th century the College's need for a large meeting and ceremonial hall led to the conversion of about half of the museum space into what is now the main College hall. The 1907 minutes recorded the view that "it is essential to get rid of the Barclay collection which... has ceased to be of any value to the Fellows or to anyone visiting the museum." In the event, the retained Barclay collection was simply relocated, by the conversion and incorporation of an adjoining tenement building. 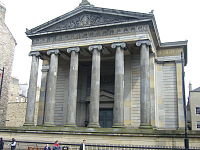 In February 2015, the College revealed their plans for a £1.5 million expansion which would provide a new conference and events centre. The expansion was achieved by the College taking over an adjacent three-floor building on Hill Place, which had formerly been a languages school.[4] this was opened in 2016 as the Prince Philip Building, named for the College's patron, Prince Philip, who became patron in 1955. 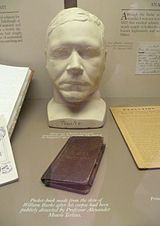