From Wikishire
Revision as of 14:34, 2 December 2010 by RB (Talk | contribs) (Created page with 'Western face of The Rock of Gibraltar The '''Rock of Gibraltar''' is a monollithc limestone promontory forming the body…')
(diff) ← Older revision | Latest revision (diff) | Newer revision → (diff)
Jump to: navigation, search 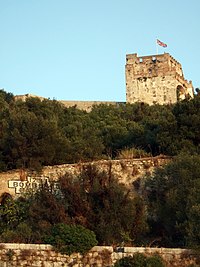 The first of these passages was dug towards the end of the Great Siege of Gibraltar, a four year siege which lasted from 1779 to 1783. General Elliot, afterwards Lord Heathfield, who commanded the garrison throughout the siege, was anxious to bring flanking fire on the Spanish batteries in the plain below the North Face of the Rock. On the suggestion of Sergeant Ince of the Royal Engineers, he had a tunnel bored from a point above Willis's Battery to communicate with the Notch, a natural projection from the North face. The plan was to mount a battery there. There was no intention at first of making embrasures in this tunnel, but an opening was found necessary for ventilation; as soon as it had been made a gun was mounted in it. By the end of the siege, the British had constructed six such embrasures, and mounted four guns. 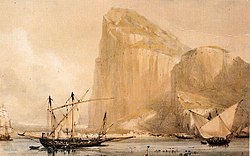 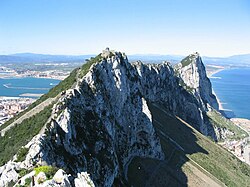 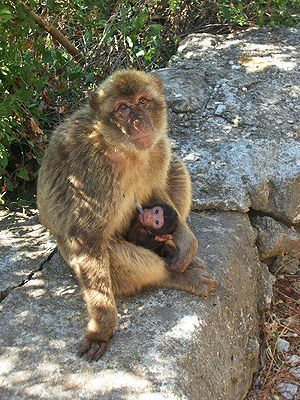 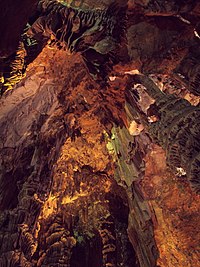