Difference between revisions of "Norton Malreward"

Norton Malreward is a small village and parish in Somerset four miles south of Bristol at the northern edge of the Chew Valley. In 1895 the civil parish of Norton Malreward was combined with that of neighbouring hamlet of Norton Hawkfield or Hautville into a single civil parish,[2] which has a population of 246.[1] Both ancient parishes form part of the hundred of Chew.[3] 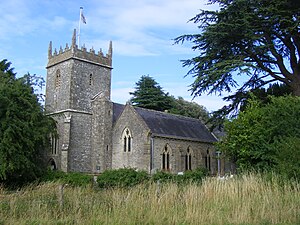