Difference between revisions of "Lindsey" 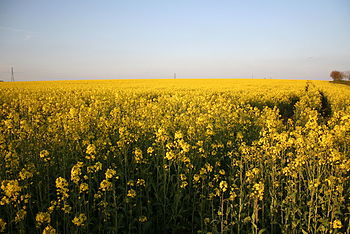 Lindsey is the northern part of Lincolnshire; the northernmost, largest and most populous of that county's three ancient parts. It takes up approximately half of the county and has a population of 594,243.

The landscape of Lindsey is that of Lincolnshire as a whole; there is much low-lying drained fenland in the north, in the east reaching in from the coast, and along the south shore of the Humber, which marks the end of the county, and in the adjoining Isle of Axholme. Inland, western Lindsey has more varied farmland, out to the Nottinghamshire boundary. The Lincoln Edge runs through Lindsey, the backbone of the county running south to north until in sight of the Humber.

The Lincolnshire Wolds approaching the coast, are a contrast to the low ground of much of the county, and here is the county top, which is Normanby Top.

Lindsey is older than Lincolnshire itself, having formed the Kingdom of Lindsey in Anglo-Saxon times, a territory which changed hands on occasion between the Mercian and Northumbrians. Lincolnshire was apparently formed by joining the Lindisware with the territory of Stamford.

Lindsey is itself divided into three ridings, the North, West and South Ridings, and then subdivided into wapentakes.

The three ridings all meet at a point near Lissington.

Lindsey is older than Lincolnshire and has a name older in origin, meaning "Island of the Lindisse", after an English tribe who maintained a kingdom here during the early Anglo-Saxon period, poised uncomfortably between the rival claims of the Mercians and Northumbrians. The Anglo-Saxon Chronicle and refers to the Lindisse and Lindisware, until in 993 appears Lindesig.[1]

The name of the Lindisse is yet older however than the English, found in Latin as Lindum, for an old British original, and which gives us also the name of the City of Lincoln (Lindum Colonia).

The Kingdom of Lindsey was conquered by Edwin of Northumbria in 627, who introduced Christianity to it, through the ministry of Paulinus. Later the Mercians retook it. The Danes overran the Lindisware, landing at Humberstone near Grimsby, and marched to Bardney, where they massacred the monks in church. It became part of the Danelaw until the reconquest, which allowed Lincolnshire to coalesce.