Difference between revisions of "Isle of Ely" 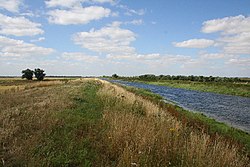 The Isle of Ely is the northernmost part of Cambridgeshire, taking its name from the city or bishopric of Ely.

The Isle of Ely takes up the whole northern half of the county. This land is quite distinct from the southern part of the county, characterised by its flatness; vast horizons look out over rich agricultural land, a legacy of the fens, now drained by the many drainage systems cut across the landscape.

The Liberty of Ely 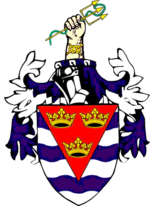 Arms of the Isle of Ely County Council

From 1107 until 1837 the Isle was under the jurisdiction of the Bishop of Ely, who appointed a Chief Justice of Ely and exercised temporal powers within the Liberty of Ely. This temporal jurisdiction originated in a charter granted by King Edgar in 970, and confirmed by Edward the Confessor and Henry I to the abbot of Ely. King Henry established Ely as the seat of a bishop in 1107, creating the Isle of Ely a palatine under the bishop.

An act of parliament in 1535/6 ended the palatine status of the Isle, with all justices of the peace to be appointed by letters patent issued under the great seal and warrants to be issued in the king's name, but the bishop retained exclusive jurisdiction in civil and criminal matters, and was custos rotulorum. A chief bailiff was appointed for life by the bishop, and performed the functions of high sheriff within the liberty, who also headed the government of the city of Ely[1].

The Liberty of Ely Act, 1837[2] ended the bishop's secular powers in the Isle and the right to appoint justice of the peace was vested in the crown. For this reason this part of Cambridgeshire retained a separate county council from their creation in 1889 until 1965.