Difference between revisions of "Gamlingay"

Gamlingay Cirques is a hamlet to the northwest of Gamlingay, lying along the south of Drove Road, which here forms the Huntingdonshire border. It is halfway between Gamlingay itself and Tetworth in the latter county.

Gamlingay Great Heath is a hamlet of Gamlingay lying a little off to the southwest, in the angle between Everton Road (the continuation of Drove Road) and The Heath. It is within Cambridgeshire still but right against the borders of Bedfordshire (Everton) and the detached part of Huntingdonshire encompassing much of Woodbury Hall Farm. 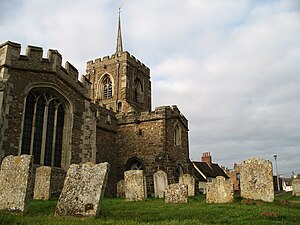