Difference between revisions of "Eastwood, Nottinghamshire"

Surrounded by gently rolling countryside, Eastwood is 8 miles to the Northwest of the City of Nottingham in Nottinghamshire and close to the county boundary with Derbyshire. 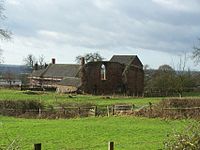 A war memorial was unveiled in 1921, inscribed "to the men of Eastwood, who fell in the World War I|Great War 1914-1918." Later, Second World War dedications were added, and it was moved to its present location at Plumptre Way. It is in the shape of an obelisk, made of Italian marble with a base of Whatstandwell stone.[13]