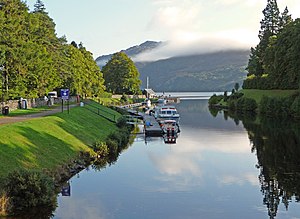 The Caledonian Canal and Loch Ness

The canal runs some 62 miles from north-east to south-west. Only one third of the entire length of the route, 22 miles, is man-made, the rest being formed by Loch Dochfour, Loch Ness, Loch Oich, and Loch Lochy.[1] The route takes advantage of the Great Glen, a geological fault in the Earth's crust which has created a straight-line glen through the Highlands from coast to coast. 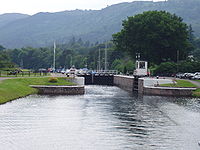 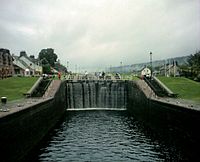 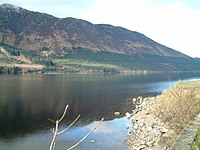 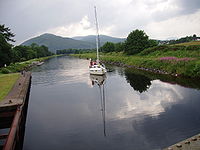