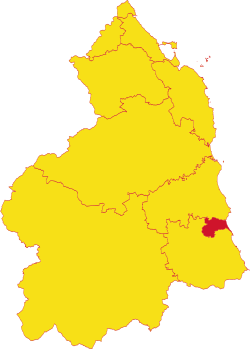 Bedlingtonshire is an exclave of the County of Durham, locally situated in Northumberland. It consists solely of the ancient parish of Bedlington, now the civil parishes of East and West Bedlington and Choppington.

Bedlingtonshire became associated with Durham after being purchased for the Bishopric of Lindisfarne between AD 900 and 915. Forming part of County Durham's Castle Ward, following the passing of the Counties (Detached Parts) Act 1844 it was subsequently treated as a ward of Northumberland.